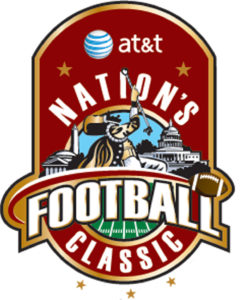 The AT&T Nation’s Football Classic takes advantage of the rivalry between the two “HU’s” – Hampton University and Howard University on September 17, 2016 at the RFK Stadium of Washington, D.C. When Hampton, previously Hampton Institute, acquired university status in 1984, the battle to anoint “the real HU” began. Howard University is considered to be the mecca of historically black colleges and universities (HBCU). It was the first black university in the United States since 1867 and the site of the only law school for African-Americans and women in Washington, D.C., making it the black Harvard. Its mecca status makes it a must-see attraction for African-Americans, including its football games with arch rival Hampton.

But football is not the main attraction. Beyond the game, the event features jaw-dropping halftime performances, a student debate, a business startup pitching competition, concerts, and an opportunity for two HBCUs to reunite professors, alumni, current students, and anyone interested in HBCU culture. All that activity and interest make it a must-see-be-seen type of event. “You may or may not wear your school colors,” says Rochelle Ford, Howard alumna. “But you don’t see people wearing sweats. You’ll see people looking like a million dollars.” Tia Tyree, associate professor of public relations at Howard University, and Chris Cathcart, author of HBCU Experience – The Book, both agree that HBCUs demonstrate what a diverse student body in general and African-American students in particular offer a campus. That heightened importance and the purpose these institutions serve make this weekend more like a bowl game, a Beyoncé concert, a LinkedIn conference, and an IQ Olympics all rolled into one. HBCUs enjoy holding friendly competitions between themselves. “If you’re going to go to the Nation’s classic, get the schedule of events and go to everything you can,” Cathcart says. “It’s a complete experience, not just sitting in RFK to see the game. Definitely, at halftime don’t go anywhere.”

Here’s a guide of the go-to events at this year’s Nation’s Classic: 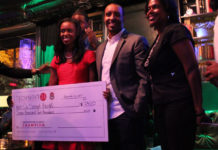 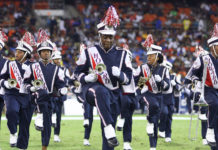