Cooperstown, N.Y., is where it all began – the mythical birthplace of baseball – the sport invented here by Civil War general Abner Doubleday in 1839. However, another theory suggests that Alexander Cartwright Jr. (the “Father of Modern Baseball”) of New Jersey wrote down the Knickerbocker Rules of baseball in 1845 thus starting the sport. But, a commission led by the Chicago Cubs president Albert Spalding and National League president Abraham G. Mills in 1907 confirmed that Doubleday was the inventor. Although Doubleday claimed little connection if any to the game, the debate and tradition live on in baseball history.

The National Baseball Hall of Fame and Museum has been the cathedral of baseball history and a definitive pilgrimage for fans of America’s pastime since it first opened its doors in 1939. Cooperstown’s Main Street and the surrounding village, which includes the fabled Doubleday Field, harkens back to decades gone by when small town America embraced baseball as its national pastime. The shops, restaurants, and the museum itself pay homage to the greats of baseball with memorabilia, menu items, and artifacts.

A visit to the National Baseball Hall of Fame and Museum includes an up-close look of Babe Ruth’s uniform, home run balls from Hank Aaron’s record breaking feats, and the whispers of die-hard fans perusing the plaque gallery where over 300 Hall of Famers are honored. Greats of the game such as Ted Williams, Willie Mays, and Mickey Mantle are on full display in arguably the most comprehensive sports museum in the country. Additionally, the Hall of Fame Classic played at Doubleday Field – a game held on Memorial Day weekend that gives hall of famers and retired players a chance to get on the field again – and the induction ceremonies in late July are summertime highlights in Cooperstown for baseball fans of all ages.

Jon Shestakofsky, vice president of communications and education describes one of his first memories coming to the Hall, before becoming an employee: “I brought my Dad with me, and he grew up a Brooklyn Dodgers fan. We went all the way up to the third floor to the stadium exhibit (Sacred Ground), and they have the cornerstone of Ebbets Field on display. To see him be able to touch a piece of his childhood that was totally torn down, it was cool to see him see that and how baseball connects generations together.”

Shestakofsky says these three exhibits are just a few of the 11 must-see exhibits in the museum.

The Hall of Fame Plaque Gallery is the flagship of the museum. It provides the opportunity to pay homage to the game’s greats and both compare and contrast each unique career’s contribution to the sport.

Shestakofsky says: “The first thing people think about in reference to the Hall of Fame is the Plaque Gallery, that is the number one must- see piece in the museum. We have 310, soon to be 312, bronze likenesses of the best of the best to be associated with Major League Baseball. It’s baseball’s mecca and where the legends live on forever.”

A revised portion of the original timeline set up in the museum, this new exhibit highlights the many aspects of baseball from the 1970s till today. Several touch screens allow visitors to watch videos of great moments throughout the last four and a half decades.

“This is exhibit is interactive and fun, bringing to life the recent history of the game. It’s the newer era of baseball, which is easier for people to connect with those stories and players because they lived through it. There is a special connection because it is tied in so closely with pop culture and what was going on in America from the 1970s till present, which includes movies and video games of baseball,” says Shestakofsky.

The contributions made by women to the sport of baseball are abounding. Popularized in the film “A League of their Own” (1992), not only did women have their own professional league, but this exhibit highlights the roles of women as fans, players, executives, and promoters. Shestakofsky says: “Diamond Dreams exhibit features women in baseball and is one of our more popular exhibits. It hits on a certain side of the game that not a lot of people know about.”

While each person can truly find his/her own can’t-miss artifact, be sure to look for Jackie Robinson’s Plaque in the Hall of Fame Gallery, Babe Ruth’s uniform in a room designated for his artifacts, and Robert Redford’s props worn and used in the film “The Natural” (1984) in the Baseball at the Movies exhibit.

Hall of Fame Induction Weekend is set to take place July 22-25 this year, with the ceremony to be held at 1:30 p.m. EST at the Clark Sports Center. Admission is free to this event, but spaces on the field will fill up fast as fans from all over the country descend on the property with chairs, tents, umbrellas and other camping/picnic gear. The weekend is highlighted by the speeches made by the new inductees, as well as the previous Hall of Famers that attend the ceremonies. Several former ballplayers are part of autograph signings and other memorabilia shows at the shops along Cooperstown’s Main Street. This year’s inductees are:

Most Notable Woman in the Hall of Fame

Effa Manley, 2006 Inductee
A baseball owner in a man’s world, at the time, Manley co-owned the Newark Eagles of the Negro Leagues. In 1946, the Eagles won the Negro League World Series over the Kansas City Monarchs, the biggest achievement of her career. Her induction into the Hall of Fame as the first female inductee was a testament to her commitment to baseball and the Civil Rights Movement. 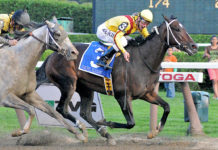 Saratoga Springs: A Fan Guide to the Horse Racing Hall of Fame 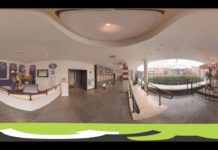 360° Tour: National Museum of Racing and Hall of Fame 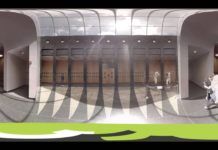