Teams travel, which means sports fans do too. According to the National Association of Sports Commissions, sports tourism delivered a $9 billion economic impact in the U.S. in 2015. The World Travel Market estimates global sports tourism to be a $600 billion dollar industry. As more and more travelers shift their destination dreams away from sun-and-sand beach getaways to those that offer a chance to watch and participate in sports, tour companies have emerged that specialize in creating experiences around popular sporting events that provide more than just a nice hotel and a couple of tickets. PrimeSport.com, Sportstravelandtours.com, and Sports-Empire.com all offer sports tour packages, but those who enlist these companies’ services are not just your typical jock or a courtside obsessed fan.

“Most people who make those trips, you would think that their primary motivation is the sporting event, and so they would be known as ‘sport tourists,’ but it’s not always the case,” says Derek Van Rheenen, associate adjunct professor and director of the Cultural Studies of Sports in Education program at University of California Berkeley. Van Rheenen also points out that sometimes the motivation is not solely the sporting event itself. “But often times sports tourists are fans, and they are either fans specifically of the sport itself or the activity.” As summer shifts to fall, consider these five getaway packages that offer up-close experiences with some of the season’s most engaging sports.

Although the Masters and the British Open earn a lot of press and deliver more money to the victors, the Ryder Cup is a critical, prestigious tournament because it serves as the biennial linchpin of two pro golf tours — the American and European teams. This year, there’s much national pride at stake: The U.S. team has won only once this century. The 41st tournament takes place September 27 to October 2 at Hazeltine National Golf Club in Chaska, Minn.

Package Details: Four-night stay at the Mystic Casino and Hotel, a four-star hotel in Prior Lake, Minn., four days of golf tickets, casino access, and complimentary breakfast at the hotel.

Missing the excitement from Super Bowl 50? Don’t worry because there is another opportunity to relive the Denver Broncos vs. Carolina Panthers matchup (minus Peyton Manning). The last time these two teams met, it was for the biggest game in the nation at Levi Stadium. This time the two teams will play at Sports Authority Field in Denver, Colorado, the weekend of September 8, 2016.

Package Details: Included is one game ticket, access to the Broncos Tailgate at the Mile High Mountain Villa inside the stadium – which is all you can eat with a cash bar, and early stadium access.

Spend your Labor Day weekend in Queens, New York experiencing one of the biggest and oldest tennis tournaments in the history of the sport. With close proximity to the Big Apple, in between matches you can check out New York’s iconic attractions like Lincoln Center, Carnegie Hall, Columbus Circle, the Theater District, and shopping along 5th Avenue.

Notable Perk: No need for a car on this trip to fight through New York traffic. The all-inclusive transportation will take you to and from both the airport and Arthur Ashe Stadium.

Be a pioneer for the first ever Cuba Baseball Tour Experience this November. Cuba is well-known for its rich history of baseball and the production of some of the best professional players like Orlando “El Duque” Hernández to ever play the game. Now that travel restrictions to the mysterious island of Cuba have been lifted for U.S. citizens, you won’t want to miss out on this trip. Don’t forget your passport.

Package Details: An 8-day itinerary of culture, history and baseball, breakfast and lunch each day, an experienced tour host, a trip souvenir, all gratuities and taxes, and all ground transportation.

Notable Perk: Location. From watching a game at the famous Estadio Latinoamericano stadium to touring the University of Havana, this trip is all about experiencing a new language, culture, and visiting the many unseen sights of Cuba.

The National Finals of Rodeo is considered to be the Super Bowl of all rodeos. This 10-day event at the University of Nevada, Las Vegas from December 1 to December 10, 2016 is where you can see everything from barrel racing to bull riding.

Package Details: A thee-night stay at the Embassy Suites of Las Vegas Hotel (choose any 3 nights during the event), three days of rodeo tickets, breakfast, an evening reception, and a trip souvenir.

Notable Perk: A car rental with unlimited mileage. Cruise down to the Strip for shopping, gambling, or a show, or head out of town to take in sights like Red Rock Canyon and the Hoover Dam. 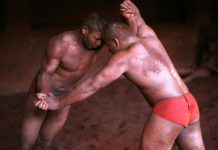